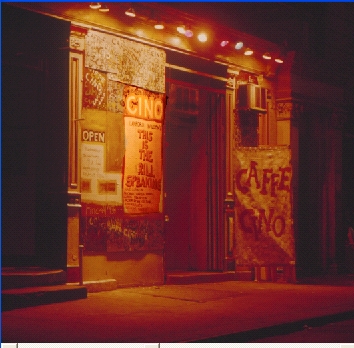 Much has been written and said about the Caffè Cino, by me among others. It played a pivotal part in my life and many other lives as well, and now our memories are lost in myth. Not “many” in any but its own tiny scale: the original Off-Off-Broadway showplace—an Italian coffeehouse in a storefront at 31 Cornelia Street in Greenwich Village—was small, the plays were small and short, and many of the few have been lost to time, AIDS, their own inner demons, like Joe Cino himself, or simple time. It only existed for ten years—1958-1968—but empowered a generation of theatre artists and embodied a spirit of freedom and creative joy that will never die.

I will not tell the story of the Caffè Cino here, only some stories of my own direct involvement.

Joe Cino’s coffee house on Cornelia Street was taken over by the drama queens by 1960, and started doing original plays by new writers a couple of years later. I was writing about theatre for The Village Voice, and I occasionally reviewed one of the shows at the Caffè Cino. Although especially at first they were often little more than acting exercises, they included otherwise unseen short plays by many important French, English, and American writers. And eventually a cadre of new playwrights emerged who began using the charged space and do-it-yourself opportunity to experiment with new theatrical ideas, becoming part of the leading edge of the sixties cultural revolution. Gradually more lights and dimmers were acquired and more elaborate productions were seen. The Caffè Cino was never a showcase theatre: though the stage was minute and there was no money for scenery, the productions there were real theatre, fully staged, completely realized. The audience was hip and eager, if often sparse.

My interest was more than professional. I was smitten by Johnny Dodd, the waiter and sometime light man, and I wound up living with Johnny for seven years in an apartment at the other end of the block. Johnny was close to Joe Cino—they shared a love of opera and used to go to standing room at the old Met on 39th Street—and through Johnny I became more and more involved. My first play, “I Like It,” was presented there. I directed one of Sam Shepard‘s early plays there, as well as two plays by Søren Agenoux and a quick revival of H. M. Koutoukas’s “With Creatures Make My Way.” Joe Cino killed himself in the café in March 1967; I was the one who found him doing it, although he had called Johnny. 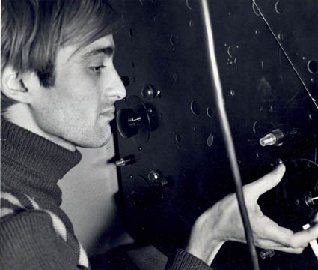 The Cino went on after Joe’s death. Bob Patrick, Magie Dominic, Charles Stanley, and a few others hung in and people kept doing shows, including a fondly remembered series of Classic Comics enactments. Responsibility for keeping it going gradually devolved onto Charles, and by the end of the year he was burnt out. He was hiding out in his apartment on East Second Street, coming in in the middle of the night to tally the books and pay the bills. Plumbing and other equipment was giving out. New energy was needed, and I rashly took it on in partnership with Wolfgang Zuckermann, with whom I had been running the Sundance festival for the past two summers. It was a relief to Charles to turn it over to us. We closed for a few weeks to clean up, paint, repair or replace broken equipment. I had a new light board custom made to Johnny’s specifications. We reopened at the end of January with a play Charles had booked. The old-timers were horrified by the clean-up but it was necessary, the place was filthy and falling apart. I was not interested in its being a memorial to Joe Cino but a live cafe and performance space; with a few months of plays it would develop a new identity and atmosphere. They particularly resented my taking down a collage of posters, programs, photos, and memorabilia that had covered the walls, which I too loved, but it was cruddy and infested with cockroaches. Joe Cino himself, until the last despairing months, had frequently taken everything and refreshed the café for another week’s play. 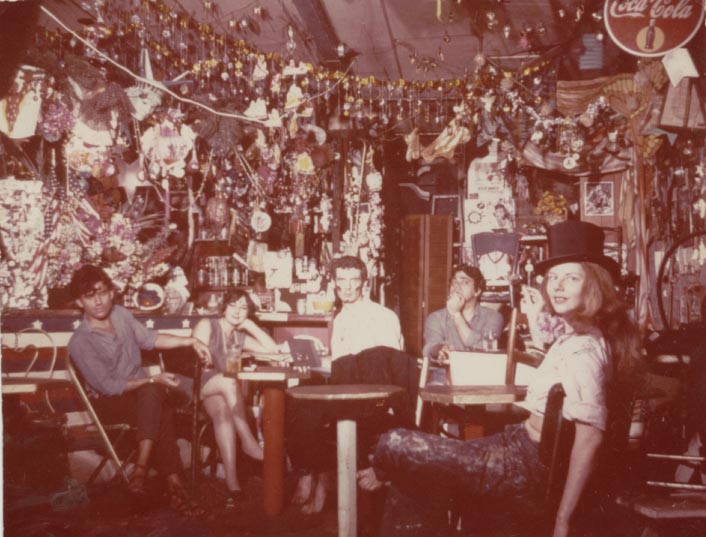 Immediately we began being harrassed by the cops. There was a young boy in the first play, which contained some vulgar language, and one night Wolfgang was arrested as the responsible party under an obscure child labor law, although the boy’s aunt brought him to the theatre every night and stayed through the play. The charge was dismissed in the morning, but a night in jail horrified Wolfgang, whose family had fled Nazi Germany when he was a boy. He began to think about leaving the country (and some months later he did). Once we had the cops’ attention they did not let up. They began giving us summonses for license violations, although we had a valid restaurant license, and there was no license that would let us put on the kind of shows we were doing, art theatre: you had to have a liquor license to get a cabaret license, and we had no desire to serve liquor or get involved in that racket. We went to see the license commissioner. We appealed to Ed Koch, the Democratic district leader. We went to see the capo of the heavily Italian block, who would have helped Joe Cino, a Sicilian (from Buffalo, New York), but saw no reason to help us, a Jew and a WASP. We went to see the captain of the Sixth Precinct. Supposedly Joe Cino had been paying off the cops for years, but we did not know how to do it and were afraid it would just get us in more trouble. The summonses cost $250 each. We could not get them to stop, and we could not afford to pay them. So in March, after a final, beautiful production of “Monuments” by Diane di Prima, directed by James Waring and Alan Marlowe, with lighting by John P. Dodd, the Caffè Cino closed for good.

Robert Patrick, the playwright, has devoted years of effort to assembling a photographic history of the Caffè Cino, composing an extraordinary feast of photographs of plays and people, identified and illuminated by his fond memories and annotations. His original on-line photo pages were decommissioned in 2008, but Julia Eames fortunately saved them and has posted them (in a different format) at http://caffecino.wordpress.com.