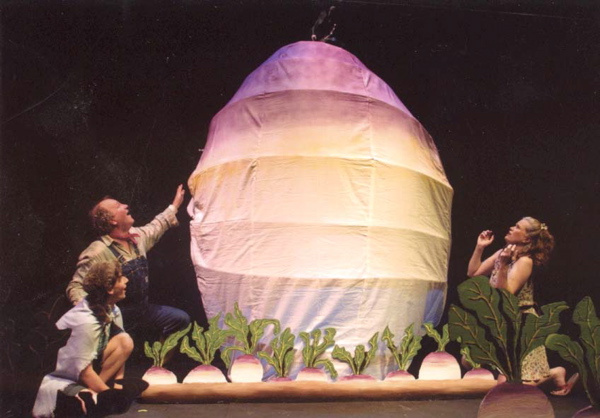 Written in my attic study in Westerly, Rhode Island, in the midst of family demands, reviewing for The Day, working 9-to-5 for Zuckermann Harpsichords, “Turnip Family Secrets” is a fantasy about a little family that moves into a turnip, only to be attacked a giant and saved by a fairy. There are eighteen songs; I always regarded it as a play with songs rather than a musical. I knew I could not take time off to do it anywhere—we were barely making it from month to month—and that freed me from considering pracicality as much as I usually did. I imagined a very complicated scenic scheme, like an animated children’s book, with some striking visual effects and radical shifts of scale to make a child actor look big as the giant. I had an idea that it could be done in the living room in an intricate unit set with sliding panels for the different scenes, and I tried to get Michele to work on it, but she was interested in other things. I started to build a model of the set, but it was beyond me. So the play languished.

Twenty years later, in Santa Barbara, I was producing plays and decided to do it. I showed it to a couple of songwriters I knew, and to my delight Joe Woodard took it on. Joe, a music writer of great energy and productivity, is guitarist-leader of a band called Headless Household, a quartet of excellent musicians who come together for one concert a year, playing a goofy-serious mix of jazz and avant garde genre-hopping.

My director partner Maurice Lord declined to direct “Turnip Family Secrets,” saying he had no feeling for musical theatre and did not think he could handle it. Producing was as much as I thought I could handle; so I asked Deanne Anders, who had been directing youth theatre, to direct it. She was a good sport and worked hard, but her approach was more conventional than mine, and it was a bit of struggle to get to the style I wanted. The cast was first-rate, and Joe wrote terrific music, which Headless Household played on a scaffold raised above the back of the set, like the Berliner Ensemble’s “Threepenny Opera.” 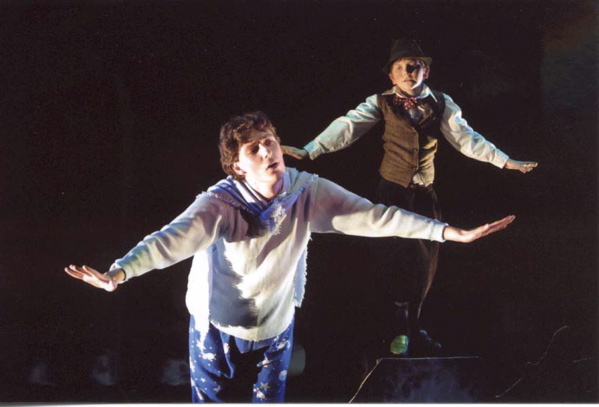 It was a special delight to hear my lyrics set to music and performed. There are some wonderful songs, including “Vegetable Heaven,” “Don’t Treat Me Like an Idiot,” “We’re on Another Level,” “The Giant’s Eye,” “We Love Giants,” the duet “I’ll Pull Off the Giant’s Nose,” and “Family Portraits.” Getting the set designed and built was a huge problem, as I knew it would be. My son Julian came from New Mexico and worked as production coordinator, building the giant knife that cuts the turnip living room in half, and it all came together. It was not quite as fully realized as I hoped, but it was a good production. People were quite amazed.

Script on request from [email protected].

“Turnip Family Secrets” was presented by Genesis West at Center Stage Theater, Santa Barbara, April 12-21, 2002. The music was by Joe Woodard. It was directed by Deanne Anders with the following cast: 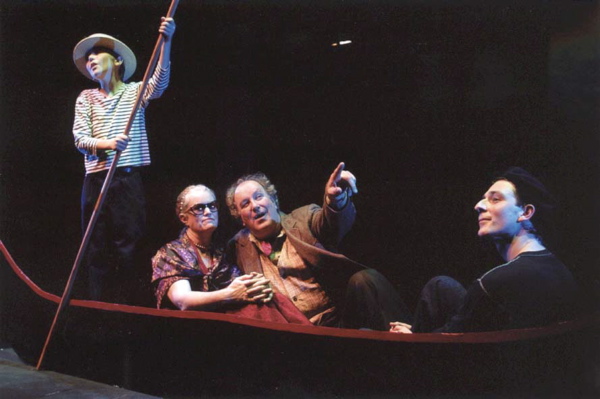